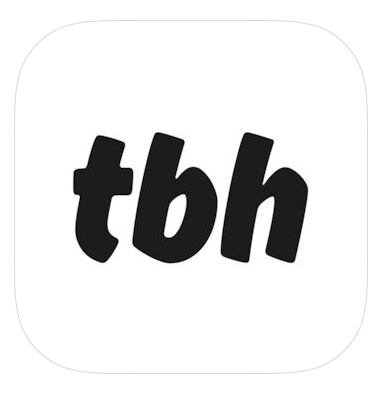 App Review – TBH (to be honest)

Tbh is an app created by a company called Midnight labs, but was recently bought out by Facebook in October 2017. TBH stands for “to be honest”. This is a common abbreviation used by your children in messaging. Users anonymously answer questions or take polls about their classmates. Users can answer questions, or submit their own questions or poles to others. And yes, there is the word parents should fear ‘anonymously’. Usually if it is anonymous it immediately ranks a high threat level.

So how does it work? The app relies heavily on the gps location of the users device. It basically has to have access to the users location inside the app to determine what schools are nearby so that the user can select the people they know that have registered or they know are affiliated with the school.

Users earns gems when a poll is generated with their name in it. Gems basically act like trophies for users (blue trophies =boys Pink trophies=girls)

After much debate and review, I am going to give this a moderate threat level just to be safe due to a lot of anonymous polls. If you decide to let your child download and answer questions, have them show you what is going on around them and what polls they have been a part of. Just be careful. It appears depending on the school your child goes to will determine the activity of the data inside the TBH app. From this initial review it appears they do a pretty good job filtering anything that would be considered cyber bullying. When Facebook puts their name on it, they are going to try to keep it clean and they have the man power to do it.